I was able to get to the Pear Tree Library meeting yesterday. These are some notes from the meeting. As far as possible, they will be neutral in tone, and not too descriptive; this is mainly so that they are clear in terms of what was said at the meeting. I have added extra information as appropriate.

The meeting was organised by Sonya from the Mandela Community Centre

Last June, the library was closed for repairs. It has been closed since then. There was a proposal to pay for the repairs but it may have been rejected.

In November, the Council announced that the library was being relocated.

There was no information about the single quote for the roof, or how any of repairs were costed.

Since the library has been closed since last June, and the new proposed library is still not open, this means that there has been no library provision in the Normanton area for almost a year.

This should be alarming to all Derby citizens. According to the Council's own Strategic Review (hence SR), it was the most-needed library section for its catchment area (SR section 6.20). This assessment was based on 1. the building's location in most socio-economically disadvantaged catchment (SR 6.9); 2. the fact that it was the third busiest library (SR 6.12); and 3. that Pear Tree covered a wider catchment area and was used by users outside the library catchment area (SR 6.15)

The challenges we face are:

From the meeting, we formed an organising group. There are no councillors on that group as it was decided that any campaign should be separate from party political influence. I am not sure of the other names on the group but Sonya is chairing it and has the names.

There is a viewing of the interior today at 12:30p.m. I requested a slot, but no one got back to me; I'll try to head down anyway.

Here's a petition for Saving Pear Tree Library. We have to strike on all fronts!

I managed to visit the Pear Tree Library today, and took some pictures. 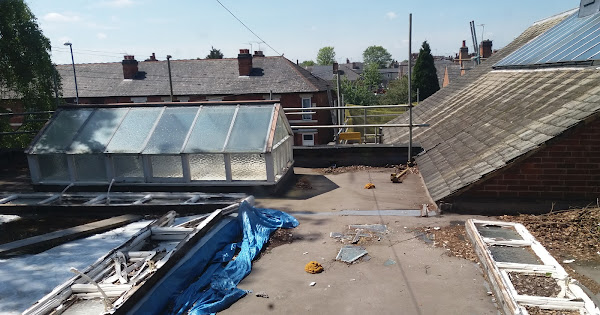